Stormy weather adds drama to the landscape and makes a good photo. In cities however, it seems to leech beauty right out the place. Entered La Rochelle from the north past oyster and muscle farms in varying states of operation, had the smaller family run ‘tasting’ shops been open I would have happily wolfed down a plate of them. 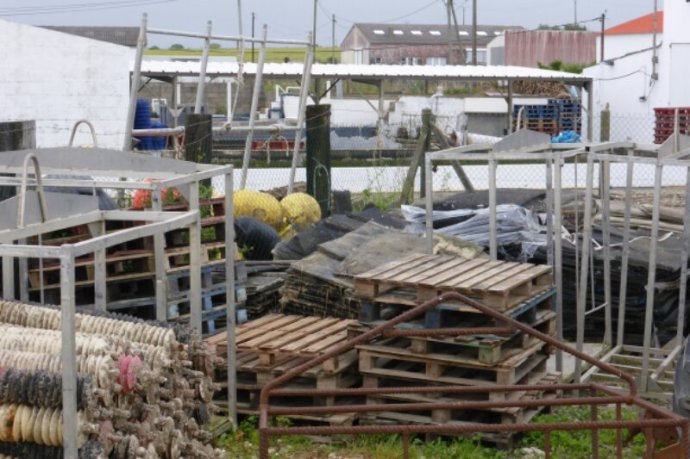 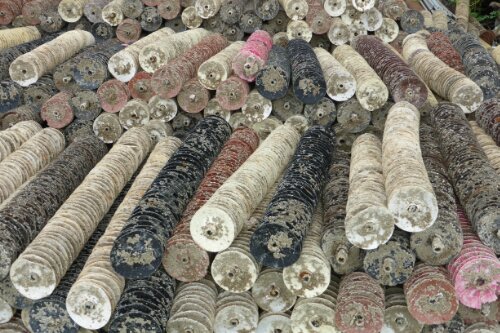 Made a few photo stops in the city but the rain and cold compelled me to press on. 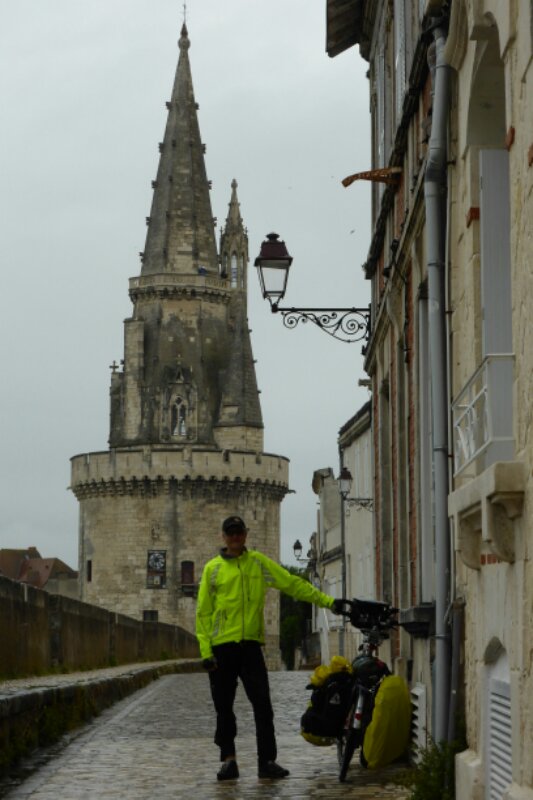 Stopped in the old cafe advertising wifi and was sheepishly told it wasn’t working, I nearly choked on my over priced panini! South for as far as the spokes held, which wasn’t far and soon I was sheltering under a bus stop with the toolkit out.

Friendly locals once more offering tools and directions to the nearest campsite.
Next Rochefort, a once wealthy ship building city with many relics of the past. Its also a city with many modern day problems. It seems to have lost its civic pride. When the Marie (mayors residence ) is over grown with weeds and bad tarmac, you know there is something seriously wrong because that’s just not normal here in France.
Camping Municipal has a special pedestrian / bike rate which is rare now in France. Most of the time you pay the same price for the ‘placement’ this is the same for a motorhome, caravan or bivvy bag.

Next day I was outside the museum for 9am, however its didn’t open till 10 so I went off hunting for sweet delights from the bakers. These where insufficient to ward off the cold and soon I was compelled to start moving to get the circulation going.
South from the city is ‘The Transporter’, a moving platform that takes you from across the river. It is surprising similar to one I rode on a few weeks ago somewhere between Cardiff and Newport. I must check wikipedia about which one was first as they are identical. The usual band of hardy cycle tourers braved the misty rain and cold continue their journey south.