Go to a city in France on a Sunday and you have the place to yourself. Go on a Saturday and you share it with the world. At its heart is a square surrounded by a maze of streets. A tour by bike located the major sites and I opted to visit the Museum of Toulouse, which housed an assortment of objects from the city in no particular context from Roman times to the 1900’s. Of interest were some old photos and the house that hosted the collection. 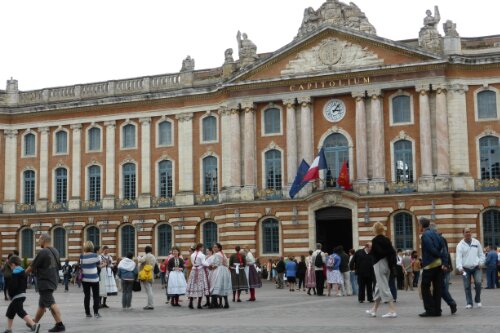 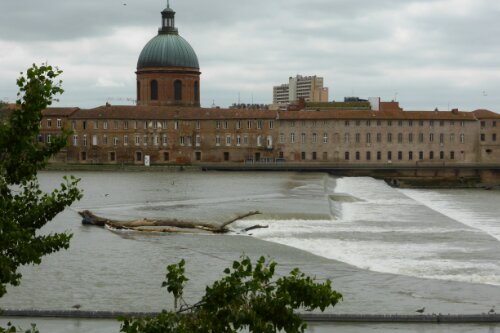 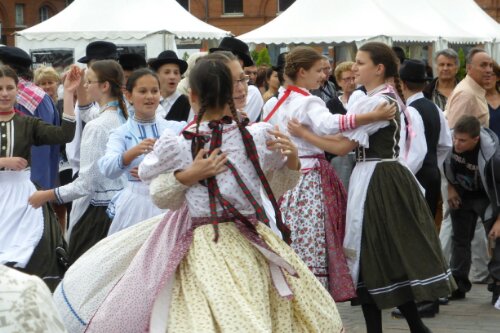 Folk dancing from around Europe 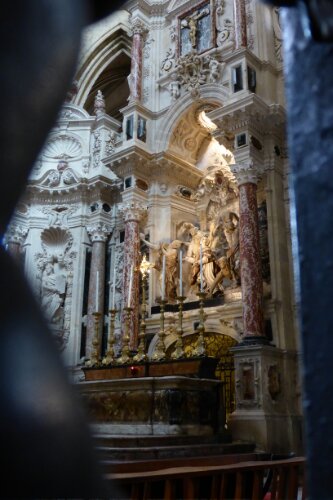 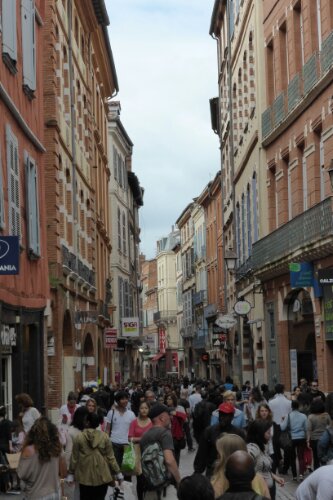 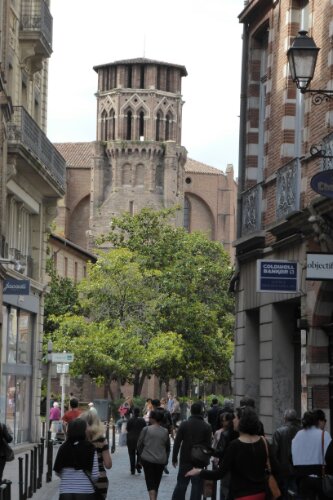 Toulouse space centre
One of the few sunny days and I spend it indoors in an air conditioned building. Its a sizable collection of outdoor exhibits and indoor interactive displays. The 3D Imax cinema is great. I felt let down by the exhibits and the content.
The exhibits
Mostly crude mockups. Solar panels printed by inkjet printers, fake panels slapped into places that looked blank.
The content
First question on a multiple choice about satellites.
Q: ‘Can satellites help blind people feel their way through space’.
A: True (but somewhat misses the point in my view)
Also, a whole room about applications of satellites made no mention of the military use or how technology found its way into civilian use. 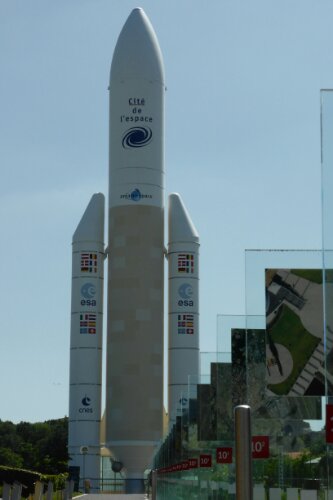 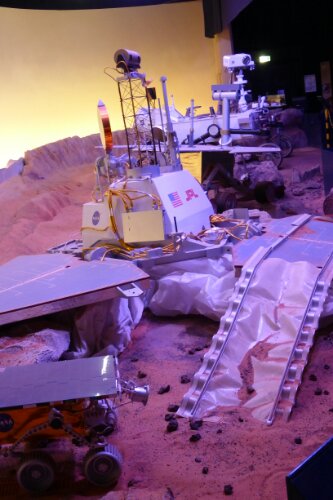 Models of the generations of Mars rovers 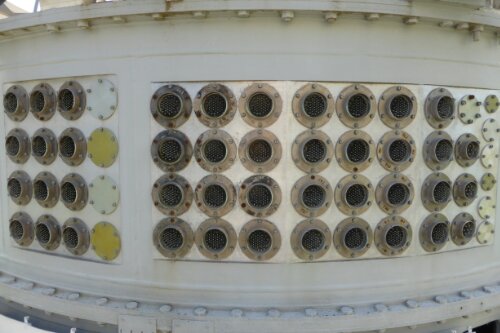 So there does it plug into?

Spokes update:
Still having the odd spoke breakage every 2 to 3 days, although now is a 3 minute repair job. I don’t even take the bags off so I’m not that bothered now. All part of the challenge!