Cyprus: box it up and let’s go!

Chomping at the bit is somewhat of an understatement and Cyprus is the last chance for a boat further south. The fallback plan is a flight with EgyptAir from Larnaca to Cairo but this requires the bike to be boxed up.
I toured Cyprus 7 years ago over a 2 week period taking in all the interesting sights so there’s no rush to see them again. After weeks in Turkey asking at just about every shipping company / travel agent / ferry booking office / harbour office about boats to Egypt, I’m keen to get a move on.

Choose the worst day of the year for getting to Cyprus, and this is it. Byram has finished and everyone wants to get home. Also the university in Northern Cyprus starts up again so thousands of students want to travel. Sunday crossing looks like a non-starter and the next boat with spaces is in 3 days time. Sigh. While waiting for the scrum to subside, an announcement was made that another boat will be laid on.. The catch, it’s 3 times the price, but at least I can no hake some progress.

During a bike service I got chatting to a Swiss guy. Ingvar is staying in this port town of Tasucu, enjoying the laid back pace and his preferential room rates. We chatted over delicious food and coffee, thanks to his inside knowledge.

The crossing was easy going and I even managed to grab some sleep – roll mat / sleeping bag prove very useful once again. A boat load of students also makes for easy fun conversation. 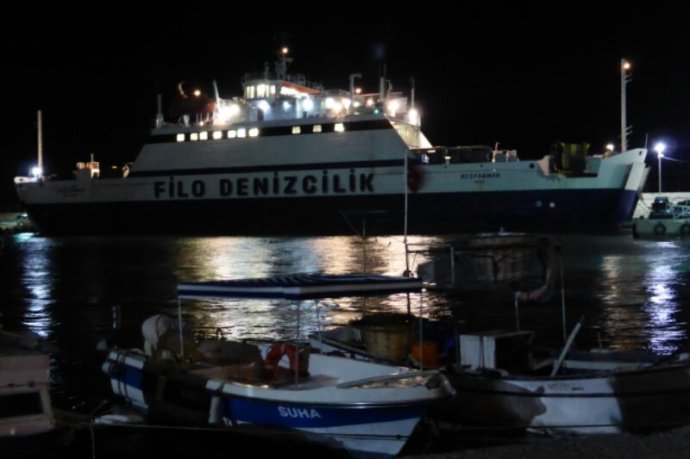 A days ride took me to the relaxed border town of Famagusta. 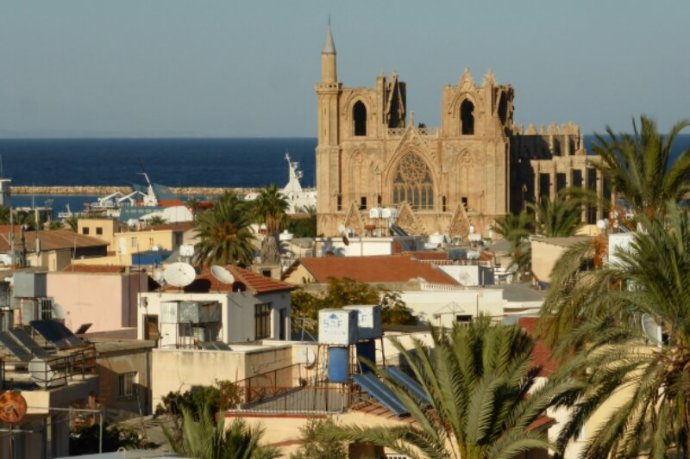 View of Famagusta, including mosque

Invited for juice by a retired brother of a shop owner. He has lived in London a number of years and was due to go back the next day.

Camped up near the demilitarised zone near the beach.. But I was caught, by a pack of stray dogs. Incessant barking and general commotion had to stop so I picked up a few stones and gave chase. They didn’t come back.

Of note were the abandoned Greek Churches on the Turkish controlled side. In one village, out of the 3 Churches, the largest was converted into a mosque and the remaining 2 were maintained as ‘monuments’.

Crossing to the Greek Cypriot side the UN has setup a permanent town. They have their own numberplates, new build houses straight from suburbia, school, a supermarket, firestation and their own army!

Larnica proved a no go for boats so it was time for plan B. I made enquires at the larger out of town bike shop. George owed three shops around the island but this was the flagship store and from the moment I walked in the service and attention to detail was more that I could have ever hoped for. His expertise came from running high profile engineering projects in Africa in the days before China played a role. For a more relaxed and family friendly life he moved to Cyprus to open a chain of bike shops.
I have much to thank George for, needless to say without his help to securely pack the bike they trip could well have ended prematurely.
The bike club:
http://www.bikeclubcyprus.com/en/ 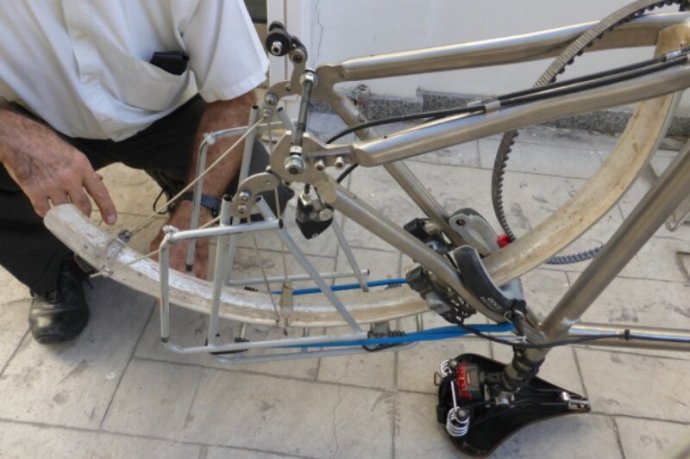 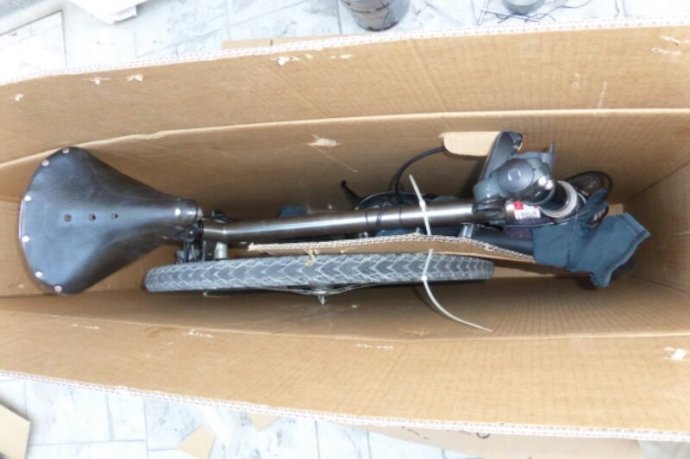 Pickup and dropoff had one hitch, I left my tent in the van! Gain, George to the rescue otherwise I could now be homeless.
Luckily the box was accepted at the airport without quibble and the 60 Euro excess was reduced to 40 as my other 2 checkin bags were significantly under weight. Flight arrived Cairo at 8pm and after picking up the box I spent 2 hours carefully reassembling. A road test was needed, but there was no option of going outside because of the curfew. You can take the bike in a taxi to the hotel I was informed, so the road test had to wait for 6am. 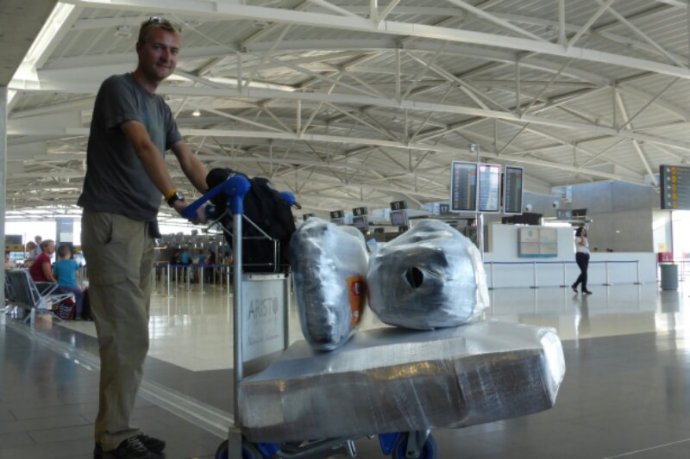 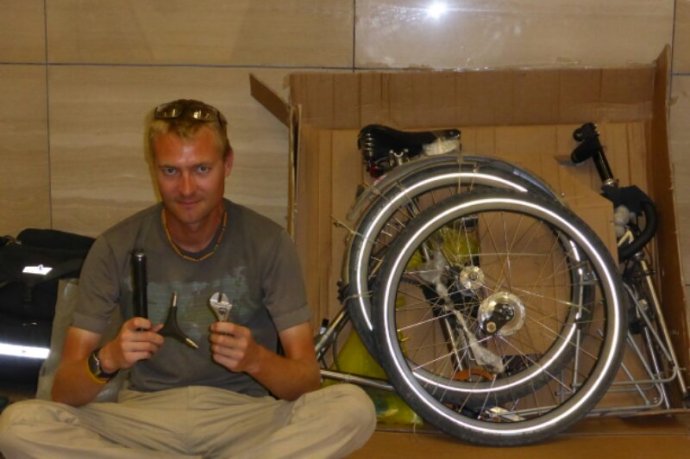