Egypt: Tour of the Pyramids

Giza
The lack of tourists is quite remarkable. In Giza I counted 2 white faces and a smattering of Egyptian tourists who tend to stick to the horse and cart rides rather venture overland to the base of the pyramids. Most of the time its just me and my guide following a deserted path. I feel like the place to myself.
One of the pyramids has steps down to a chamber. Where the open Tomb could be seen, I was the only visitor. 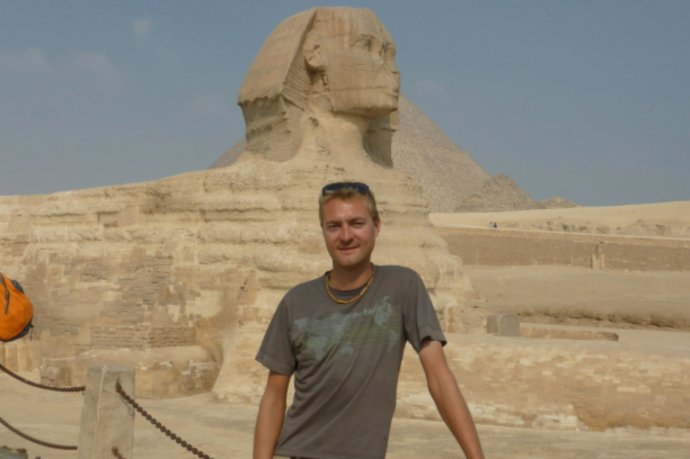 Notice the group of kids trying (and failing) to make a dash for the top of the pyramid. 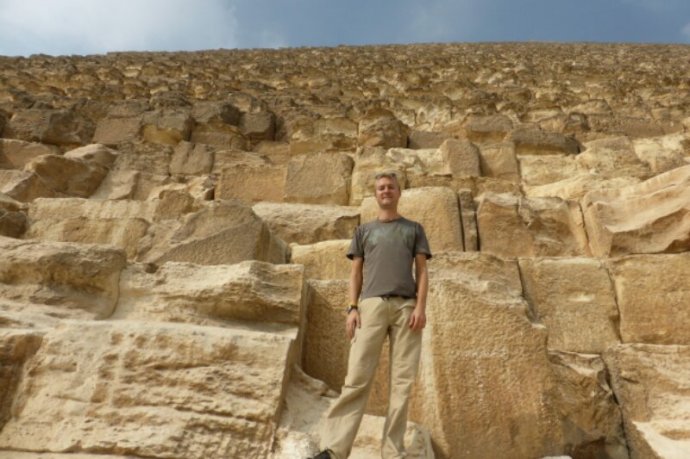 Temple located near the base 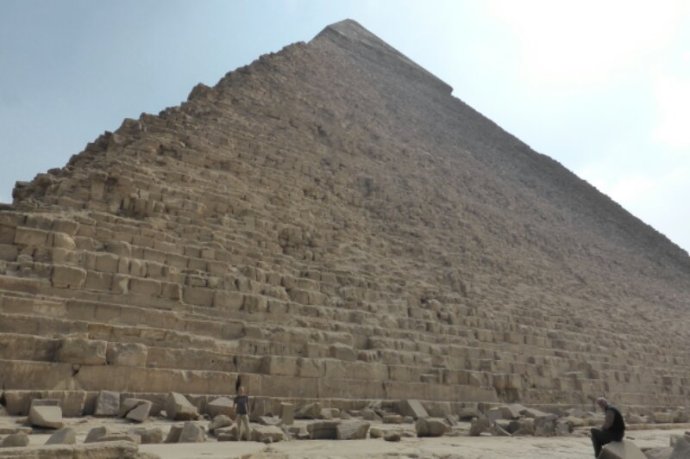 Me and my guide and nobody else

Inside the pyramid, inside the tomb! 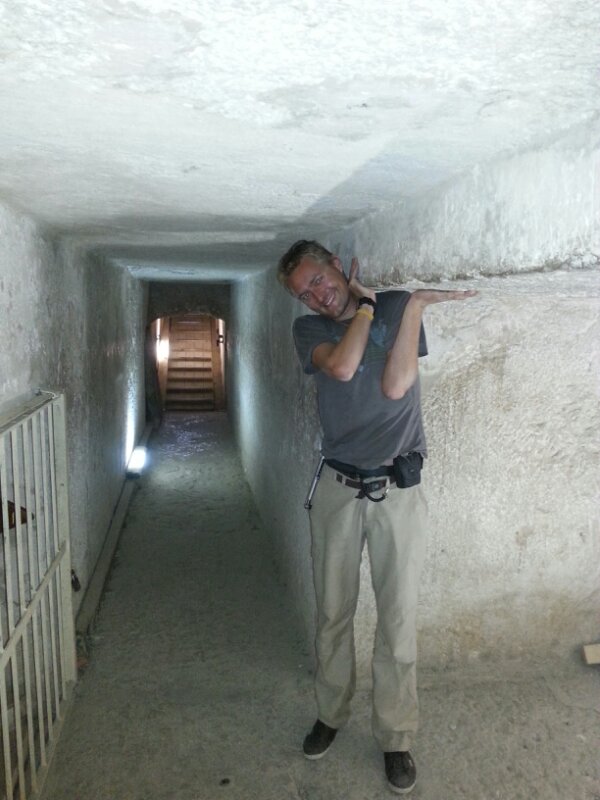 Steps lead up and back outside

Buried next to the pyramid is the boat the brought the pharaohs body up the Nile all those years ago. It has been reassembled and housed in a building on the site of its discovery. Not many 4000 year old boats can be seen of this size and condition. A highlight indeed.

Abu Sir
At the other pyramid sites to the south of Giza I saw one other tourist with a guide. Now is the time to visit, without the crowds. The locals seem fairly disinterested in visiting these monuments and they are completely deserted apart from the handful of staff who are on hand to tell you that its closed and you can’t visit, but that soon changes when you turn around and head for the door! “No wait..!”

View in the direction of Giza from the top of the pyramid. If you look through the mist (or pollution!) you can make out their outline. 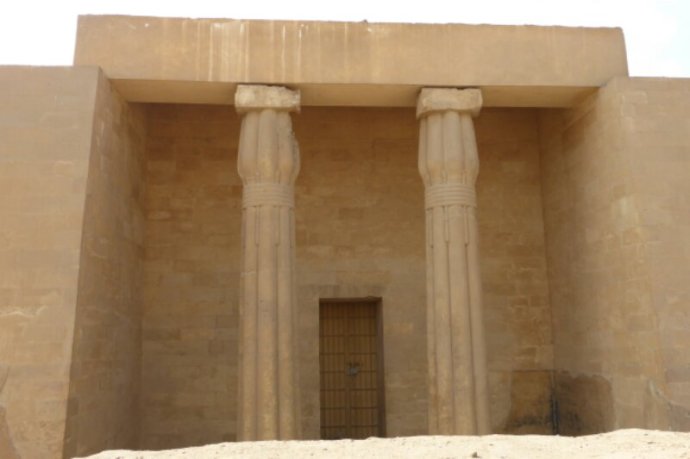 Stepped pyramid. One of the earliest structures. 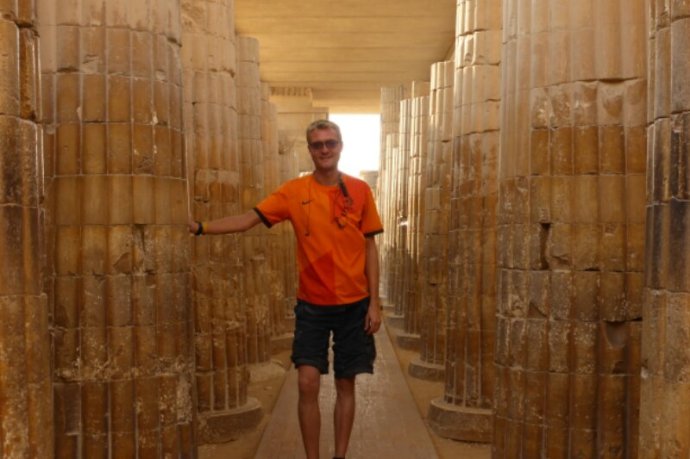 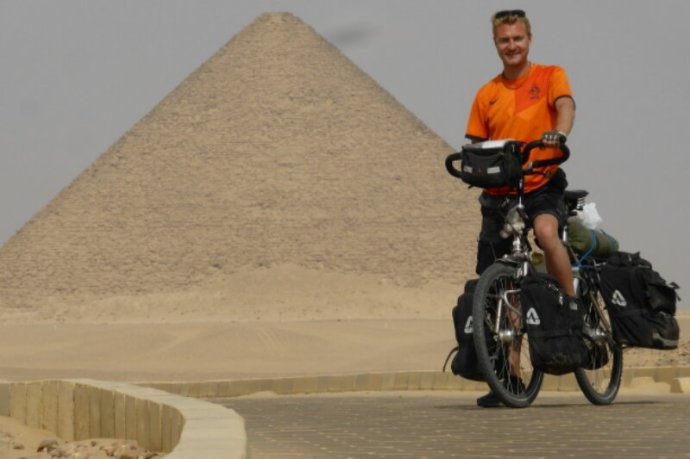 Shaft leading deep down inside the Red pyramid. There was nobody around. I had to wake up the guard on duty to let me inside (for a small tip). It takes a few minutes to climb down to the first chamber. Not for the claustrophobic!

There are two big chambers inside, the solid blocks hold the weight of the pyramid above. The air is so bad with ammonia it’s almost unbreathable. 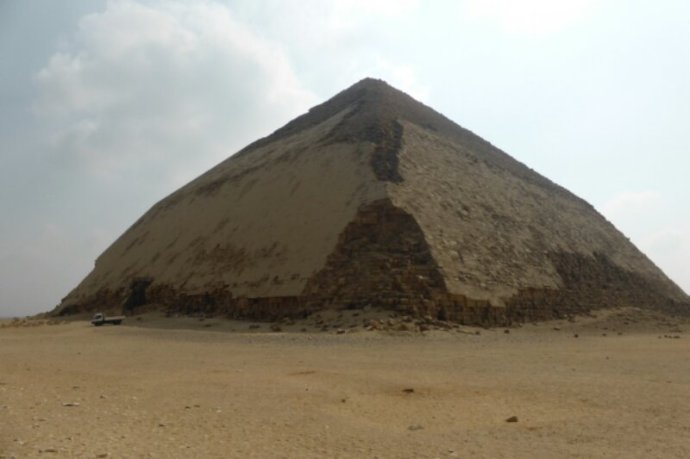 The bent pyramid. Again, an early design. Later ones where built at a shallower angle

Workers restoring the base. It’s one of the best preserved giving a glimpse of how the other pyramids must have looked before beige stripped of their outer stonework