Despite being relieved of 50 dollars the border crossing at Namanga is an entirely painless affair. 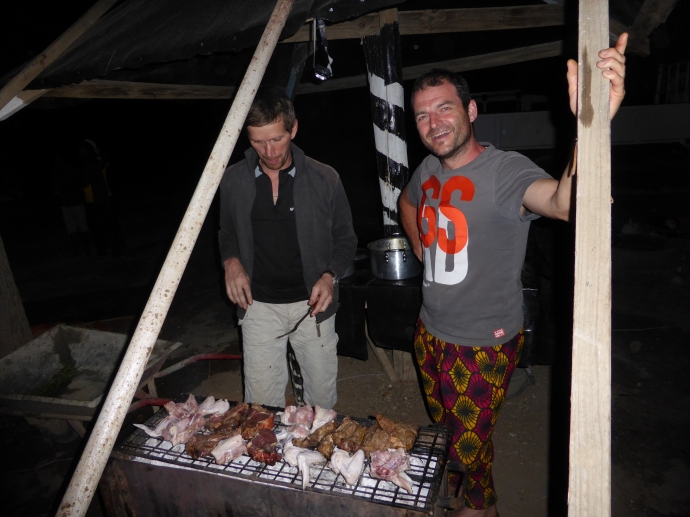 The impending rainstorm required some accommodation to be found quickly in the small village of Lariboro. I was lead to the Catholic mission where to my surprise a group of 20 French volunteers were on their last day of classroom construction. To mark the occasion a picture slide show was shown to the assembled school. Then the BBQ started and the drinks started flowing..

The day after with the father 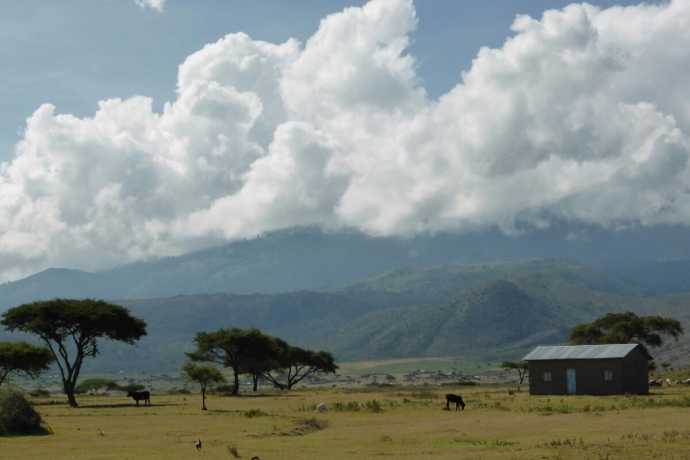 Arusha
Stayed with a contact, Erik, who runs a company providing data bandwidth to businesses in the area. The next day I headed into town to do some shopping and sort out a SIM card and kept on bumping into cyclists.. 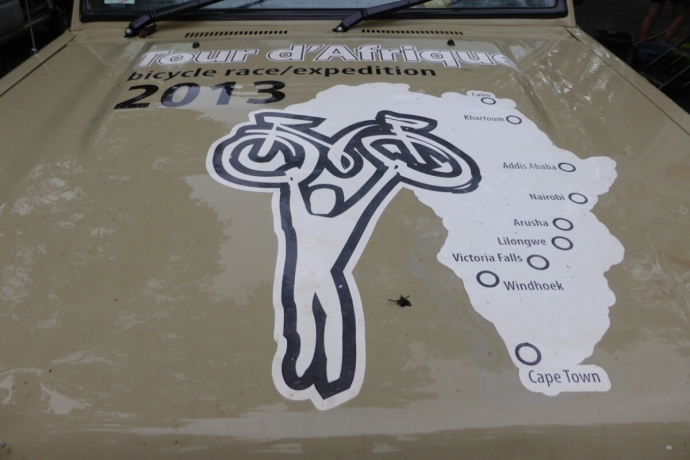 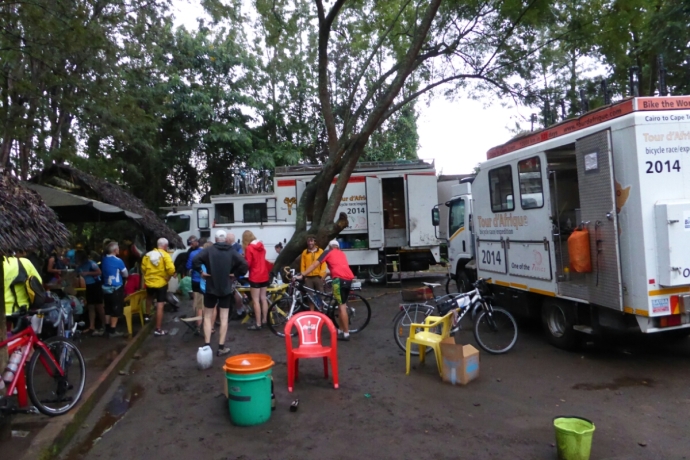 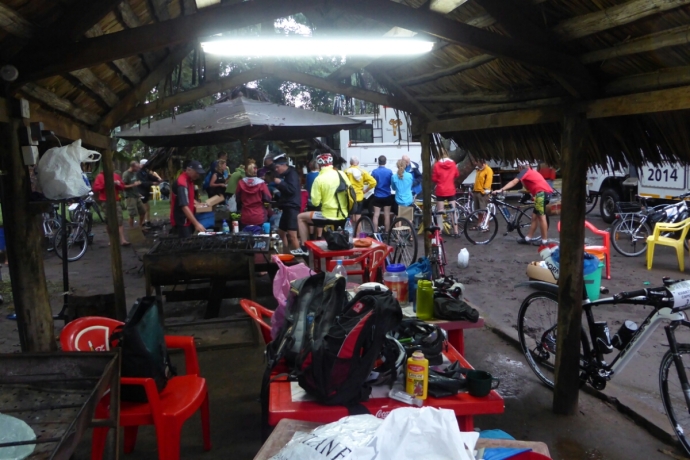 Tour D’Afrique has arrived at the Massai Camp in Arusha. Its a ‘race’ of 1200km over 122 days, some of which are rest days.. Its quite an operation with a multitude of support vehicles. Most of the cyclists I chat to confide my way is much better and they would be doing the same if it wasn’t for work / family commitments back home. I regale adventure stories from the road and spend the evening drinking beers with the support staff.

Typical Street scene in Babati with Mt Kwaraha as a backdrop 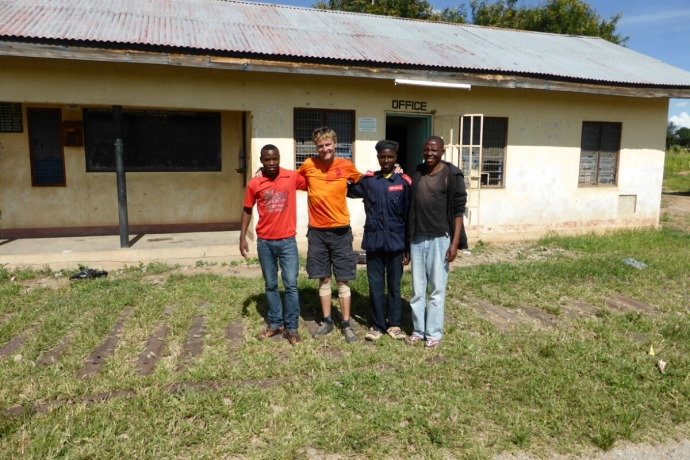 Stopped at the train station to get some information for Thorston, the office is open but the tracks long overgrown with grass. Four security guards keep watch over the empty building..

Kim from Singida took me on a tour of the town, eateries and shops. Enjoyable evening of chatting. 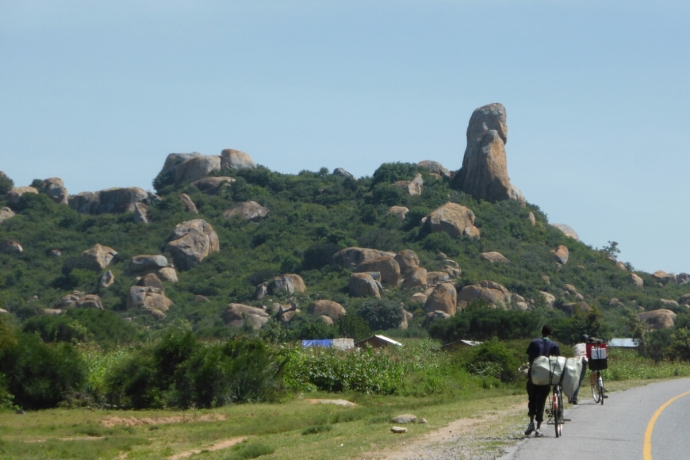 The turning for the road to Mbeya.. 519km of dirt track..

Wildlife I could have done without are the swarms of tzetze. That thing sticking out of its mouth is a needle to   pierce the skin and drink your blood. They don’t seem to inject anaesthetic judging by the pain.. Swarms of them followed me for hours, without liberal applications of DEET the outlook would not be good! 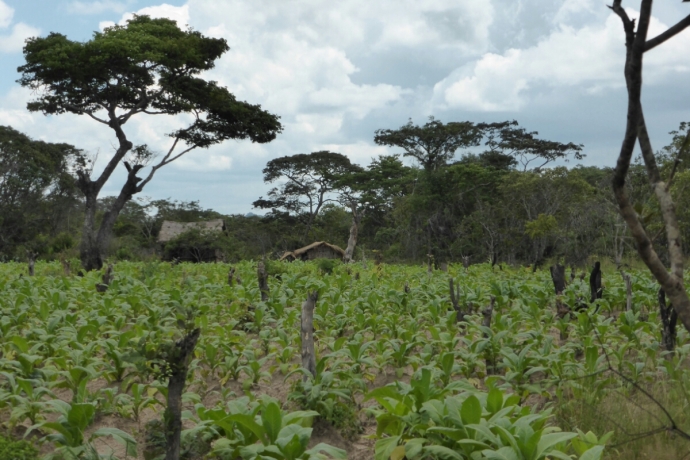 Tobacco is a profitable cash crop. The guest house I stayed at is attached to a community centre build for tobacco farmers where the hold meetings and training session. I chatted for hours with the community head. My first of many questions was “if tobacco is more profitable than maize, why isn’t everyone growing tobacco?” answer, “because it’s very difficult to grow”. So discussion about smoking bans, cost of cigarettes in the UK and other topics followed until it was time for bed. 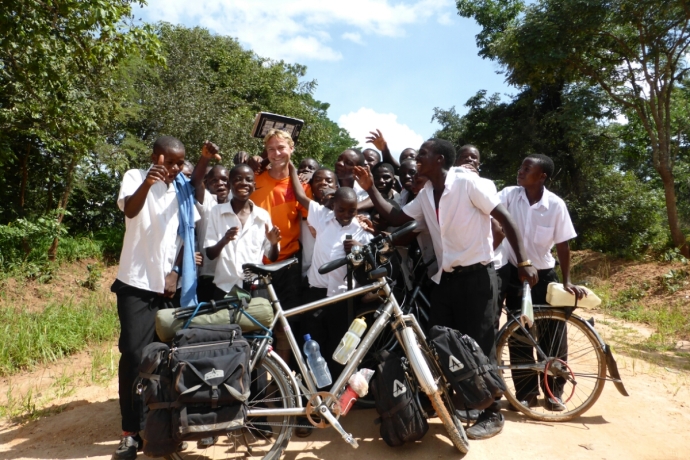 School children conducting a road measurement survey when I arrived. Needless to say, all work was suspended until a photo was taken.. 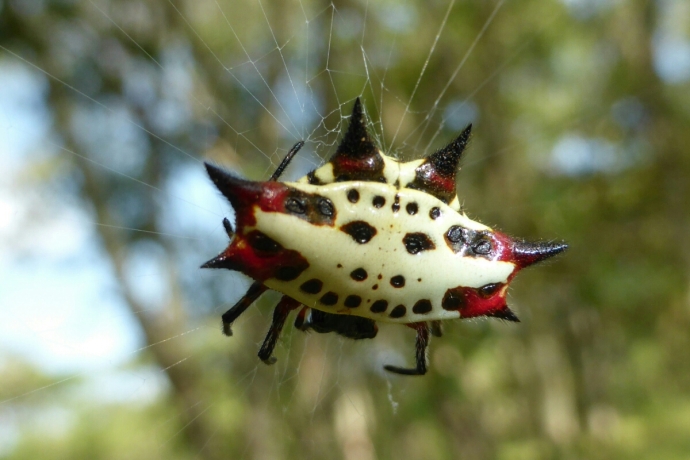 It’s a spider in case you are wondering 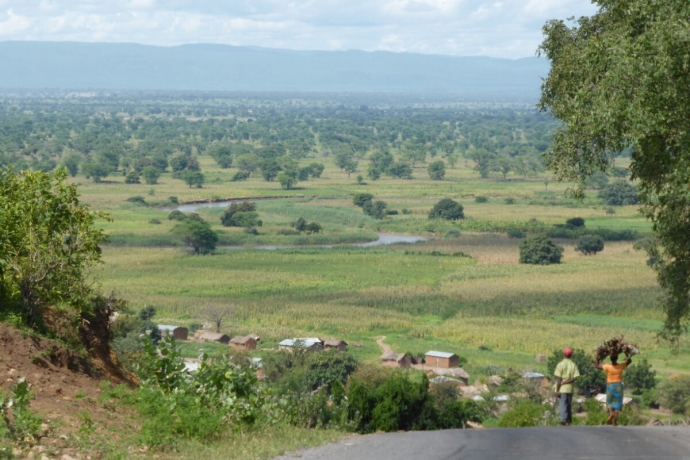 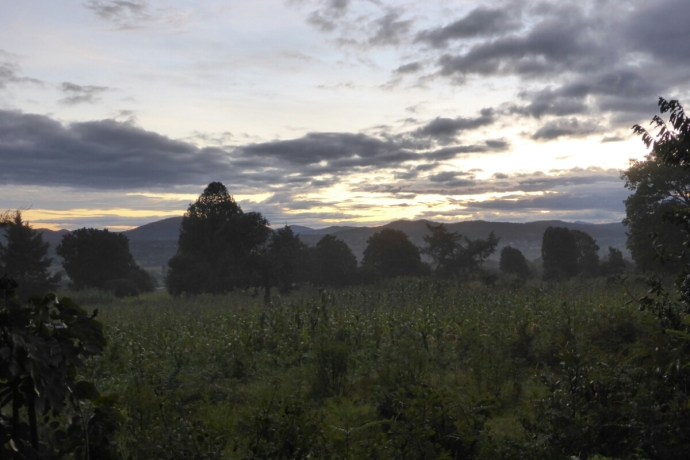 Sunrise, it was an early start. Rain can cause a clay road to stick like glue to the wheels and they grow bigger and bigger until they stop turning. In this case I couldn’t go back or forward so at 3pm I camped in a wood and set off early before the rain started again..

Bikes are widely use in Tanzania. They are used to transport bundles of sticks, goats, sheep, whole families, unfeasibly high stacks of bottled drinks, bundles of charcoal, bundles of live squawking chickens tied to the rear rack.. Funnily enough none of these get a second glance.. But a muzzungo (White man) on a bicycle gets jaws dropping and a regular hearty laughs! Where’s the logic? 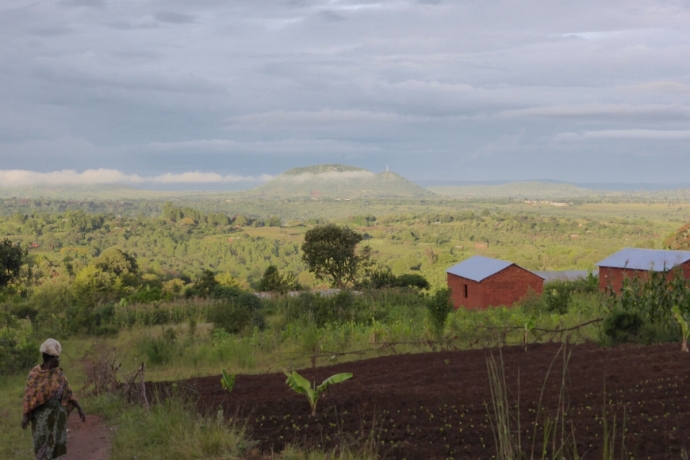