The tail end of the rainy season turns a stretch of the road into a mudslide.. Crew are on hand with a bulldozer to push lorries through the worst of it..

Typical scene on the road to Lusaka. 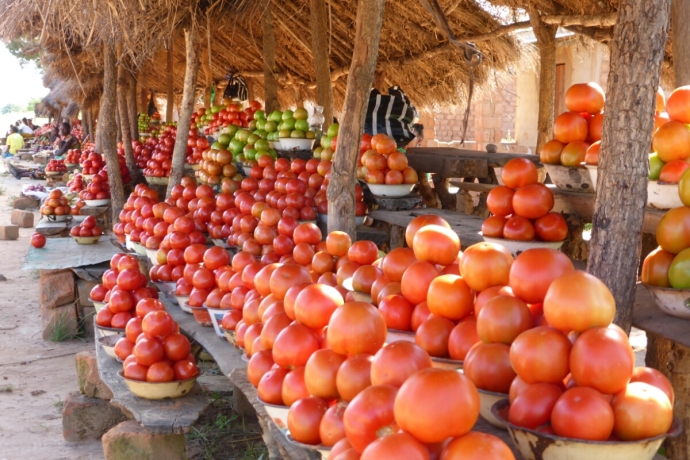 Self repairing bicycle! After an inconvenient puncture I was given lots of assistance and kindly fed. Very generous family.

Water pumps are common place and provide water for whole communities. Occasionally the water tastes a bit rusty though.. 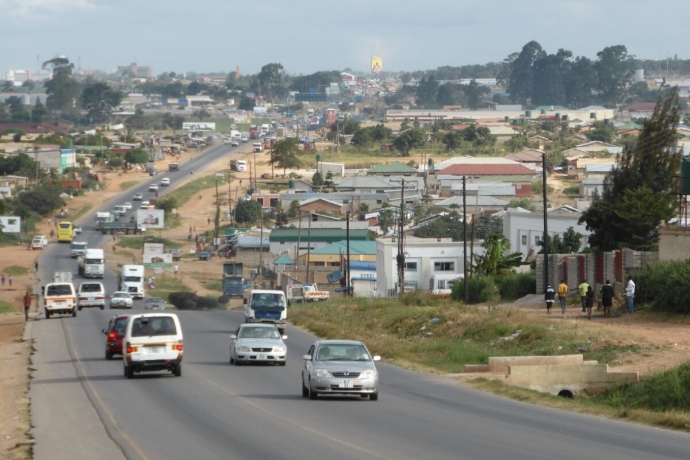 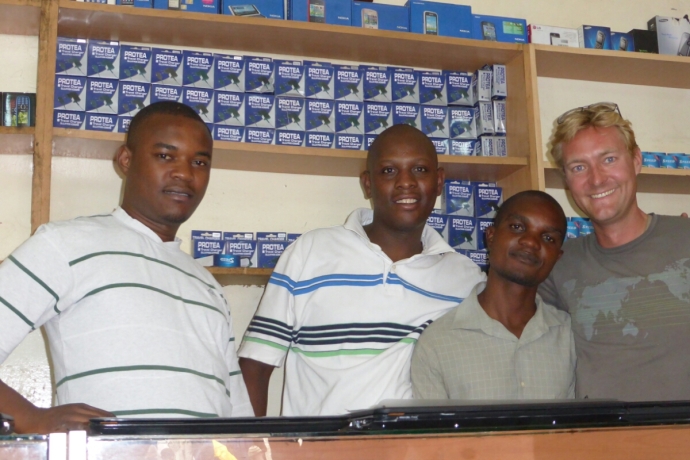 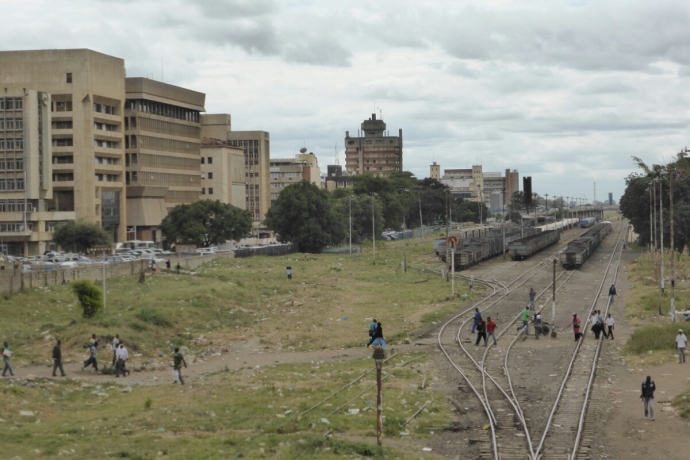 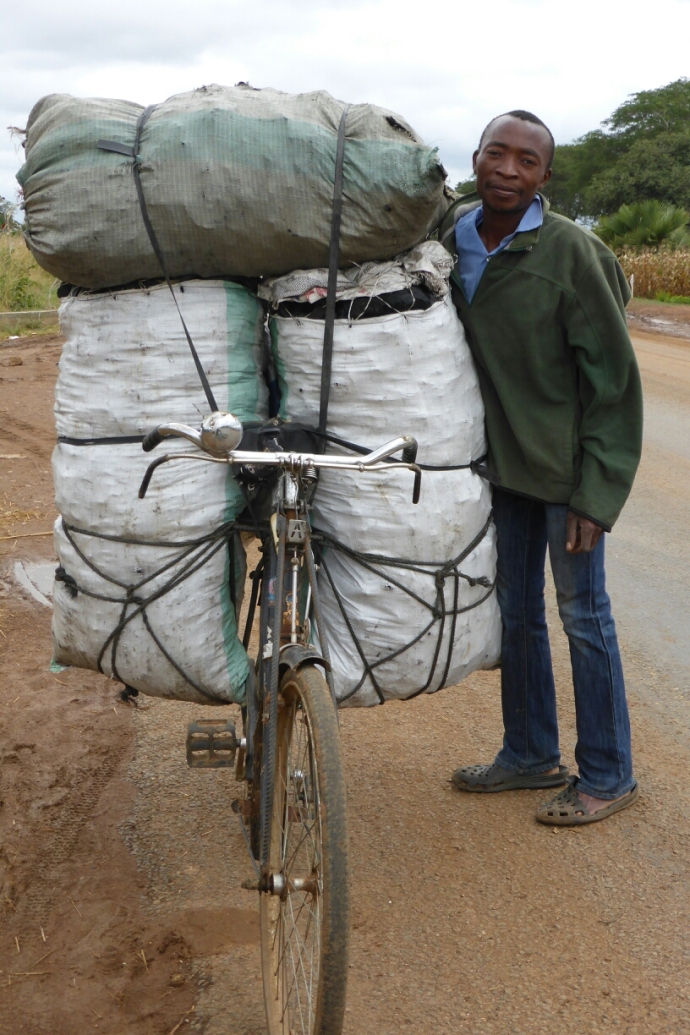 And I though I carry too much stuff! This is a common way to transport charcoal used in many homes for cooking 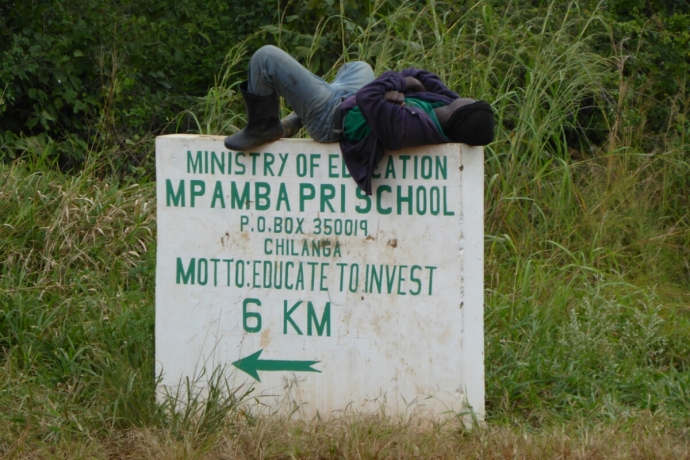 Someone got there before me..

Crossing Kafue National Park I was warned about lions and hyenas at night, so I spent it at a ranger post. Spent the evening sharing campfire stories.

I don’t know what these are called, I refer to them as ‘lion food’ 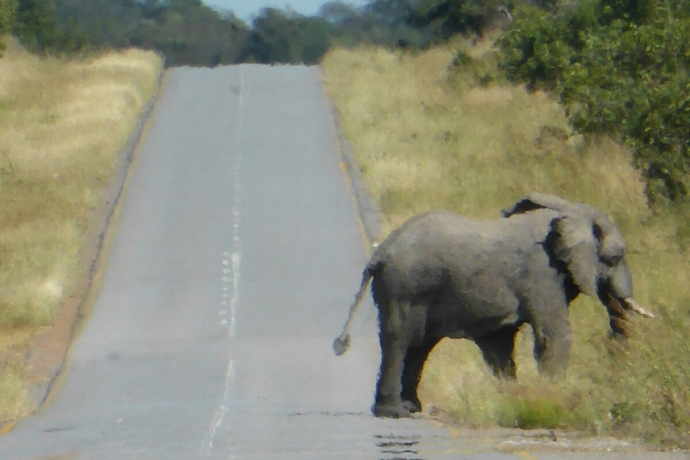 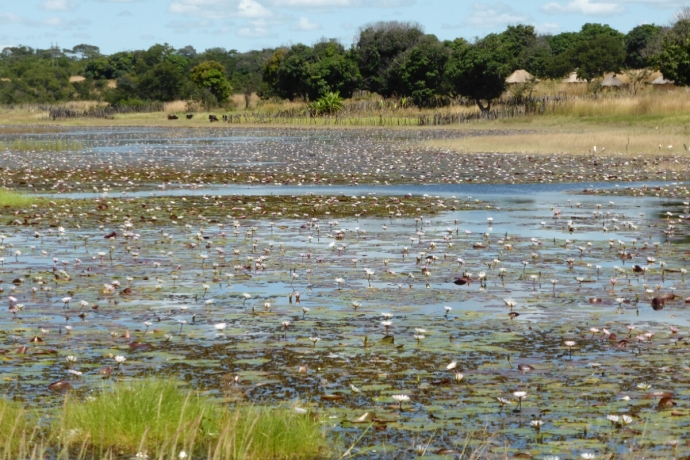 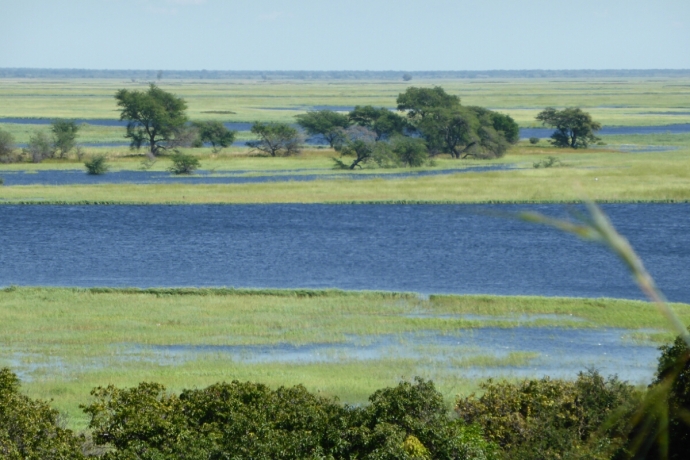 Western Province contains swamps and flood planes that feed into the Zambezi river.

Liz and John, friendly and interesting couple met in Mongu, provincial capital of the western province 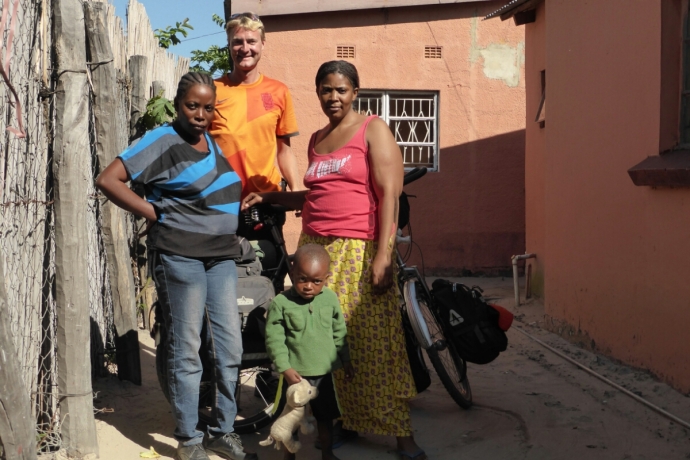 Vaginia, the owner of the Guesthouse (red top) hosted me brilliantly during my stay in Mongu. 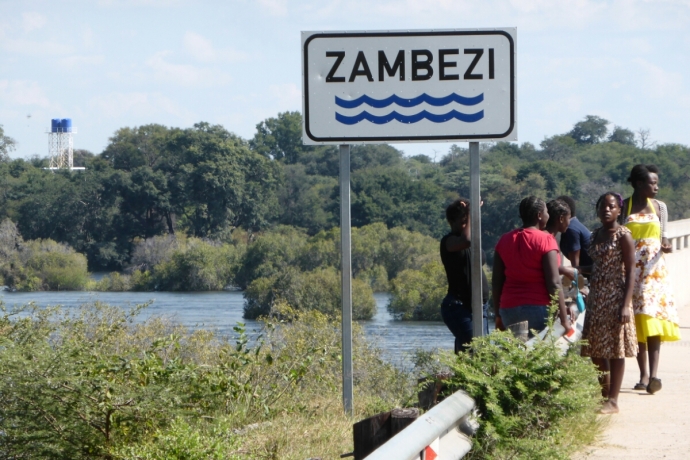 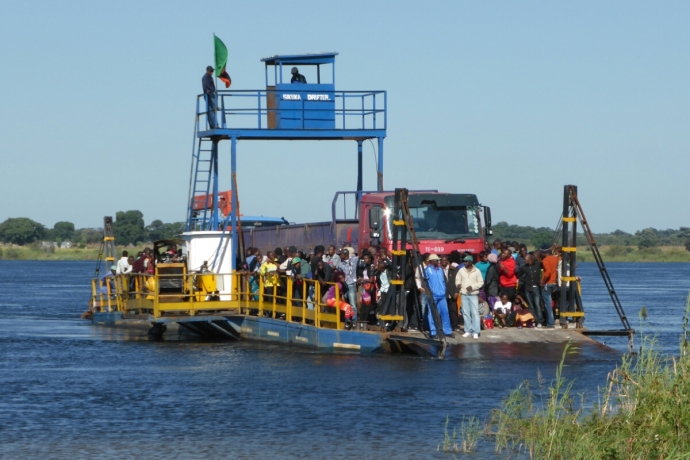 Temporary solution until the bridge is completed.. Only it wasn’t signposted so I found out when trying to cross the bridge!

Not seen one of these before.. 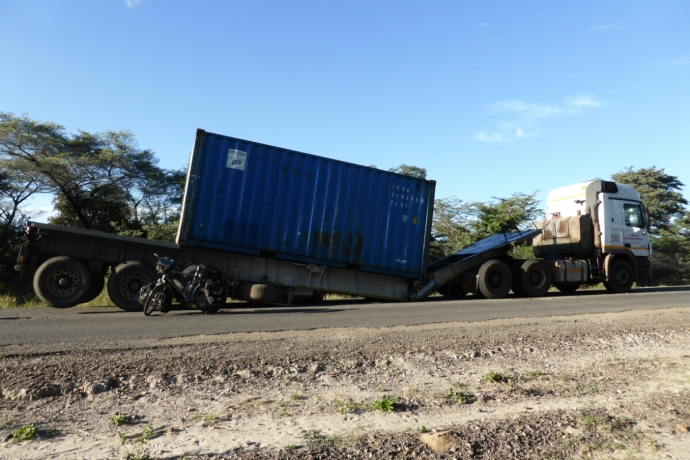 Condition of trucks on the road is a common cause of accidents. Its usual to only replace tyres after a blowout.. Or in this case until your truck snaps in two.

Nature, I don’t know why butterflies like licking me..?

Crossing point from Zambia to Botswana, Namibia and Zimbabwe. This is the queue waiting to cross the floating pontoon. Many of these are carrying 30 tons of copper. Who much money is tied up in this queue!

This picture shows 4 different countries.. I’m standing in Zambia, behind me is Botswana, to my left is Namibia and to my right Zimbabwe 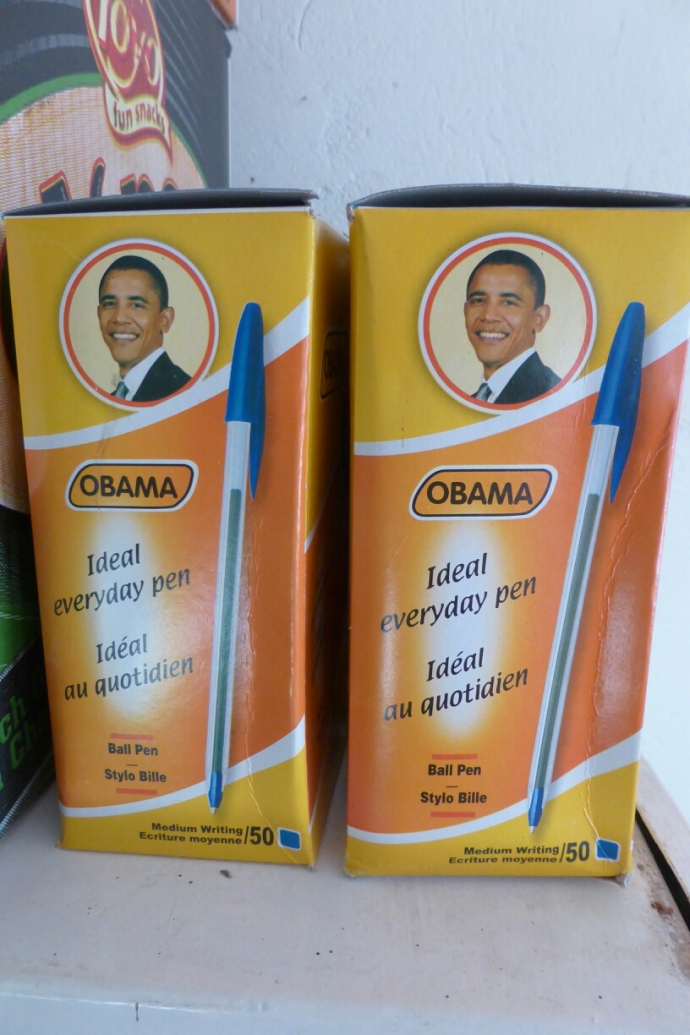 Is this truck empty? No.. Its fully loaded with 30 tons of copper. The truck is unable to any carry more. Copper is a big earner for Zambia (when it’s not sitting in big long queues to cross a river!)

End of rainy season means the highest flow rate, and near zero visibility due to mist!

Bungee jumper from the bridge.. No, I didn’t feel the need.. 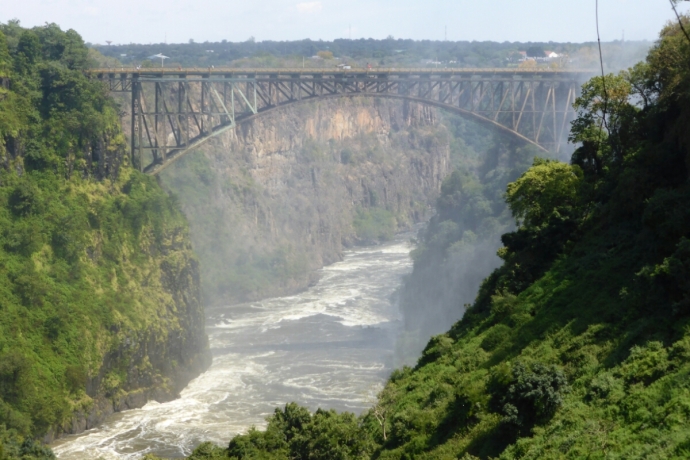 Victoria falls Bridge. The line was deliberately routed so it passed through the spray from the falls, as specified by Cecil Rhodes

Grooming Baboons in the Falls park

Meal out with Vicki and Simon, met on the bungee jump (yes they did) 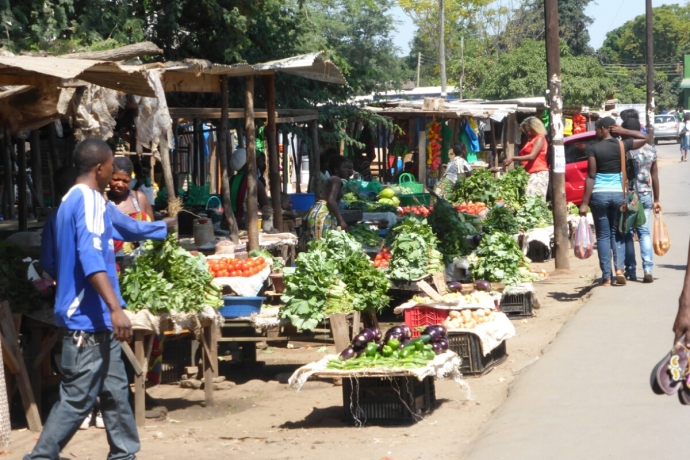